The Act of Vanishing: A Review 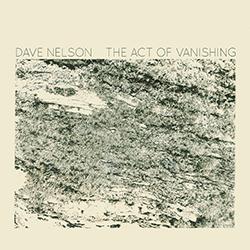 Rationality is what we do to organize the world, to make it possible to predict. Art is the rehearsal for the inapplicability and failure of that process."

For the general public, the political and societal situation of the USA and much of the West was stressful enough. This was infinitely compounded by a news cycle designed to never let us forget about it, and even that state of affairs on its own feels like a visit to Club Med compared to the crush of the COVID-19 pandemic, which instantly transformed everyone's daily lives into a paranoid live action role-play mashup of several Black Mirror episodes.

The plight of us performing artists is certainly not a picnic. We can't put on concerts! Not only is it the thing we all do best, live concert events and the undeniable magic of these experiences have become our most valuable commodity - indeed, our primary contribution to society. So, where else can we turn? The long-running war of attrition waged by new media platforms over artist royalties and passive income has led to a truly absurd situation in which (literally) nearly everyone is stuck at home streaming more media than ever - yet, this unprecedented captive audience cannot come close to replacing the near total loss of concert-oriented income. Iconic arts organizations are facing scenarios that were once unimaginable, and the chain of pandemic events have exposed fissures beneath the surface of our profession. Vaccines mean there is finally an end in sight, but it is hard to feel anything other than vaguely optimistic about starting back up since the performing arts have been abandoned by governments while airlines and other industries are handed billions of dollars in bailouts.

We can't unsee the events of the past 10 months. How can we possibly look to the future? How does one even begin to approach the project of documenting and exploring these vast and complex shifts in our humanity?

There have been many attempts by artists of all stripes to capture or explain the zeitgeist. Dave Nelson's latest album, The Act of Vanishing, is among the most fascinating and affecting documents of this era.

First of all, if you don't know Dave Nelson, you should! In fact, you've probably already heard him play in any number of notable ensembles and famous bands, not least of which is the remarkable collaboration between his duo with drummer Marlon Patton and artist Lonnie Holley. For the past decade, Dave and I have been colleagues in the NYC freelance scene and members of The Knights. He ranks among the most versatile and skilled musicians I've ever met, and that versatility is not limited to music, either. A skilled woodworker, Dave built and outfitted his sleek and inviting upstate NY professional recording studio (full disclosure: I've done a handful of sessions there - it's terrific!).

This is the fourth of Nelson's solo albums. Improvisation and exploration are the common threads, but Vanishing is the only one with a specific theme:

"The Act of Vanishing [is] a collection of improvisations recorded during the global pandemic of 2020. [...] I spent many hours improvising piece after piece, finding a meditative calm in the process. The tone of these pieces reflect the mood of this ill-fated year for me and an attempt to understand the deeper philosophical context of the moment."

Employing sparse orchestrations, Nelson guides us through a sequence of continually unfolding scenery. Intricate blending of analog synths with instruments and voices are the primary hues. Musical phrases that emerge stop short of what one could call melody, taking us instead to the edge of narrative in a manner that toys with our expectations while triggering the imagination. Probably the best way to explain this is by sharing some field notes from my experience of the LP:

I. Breakdown - stasis against the omnipresent flicker of screens and electronic devices, which have become the lone interface with the outside world. It's only 2:30 long, but feels like hours: those hours of waiting and doom scrolling that stretch on not because there's anything really new, but because the repetition is calming.

II. Seeking the Warmth of Crowds - feels like one of those dreams in which you manage to fly, and everything looks peaceful and orderly down below. The warm analog glow of subtle synths and trombones glow like the sun just before setting for the evening.

III. One Hundred Fifty People - The sudden appearance of acoustic pianos in a looping ostinato recalls the pace of busy, normal life, creating a backdrop for a layered ensemble of trombones and analog synths, pontificating with a swagger that seems to recall that feeling of when things are good enough, but not great.

IV .The Act of Vanishing - it's as if the previous two songs were pleasant daydreams, and now we are back at square one (i.e. Breakdown) but with a hazy lament set against a tapestry of flickering static; the fuzzy, anxious detritus of our new collective "lockdown" subconscious. The orchestration here is an androgynous 2D picture; like witnessing someone weeping from behind a frosted glass window.

V. The New Normal - the piano loop ostinato returns, and the lament from the previous track has become a Greek chorus of layered trombones. The anguish is visceral, and the pleading fades into the void of an indifferent reverberance, permeated with the rhythmic static of our technologically mediated reality.

VII. Going Way Back - a hazy vocal serenade over a moderate 5+4 guitar groove begins innocently enough (another attempt at a daydream?) unfolding nicely until the vocals become more hostile, provoking the groove into an unsettling urgency for a brief moment before retreating back to their starting positions and fading away.

This is a sonically beautiful album, full of polished performances, each painted in unique instrumental colors which are radiant, perfectly balanced, and always well-situated in the stereo image, thanks to Nelson's sensitive engineering.

What is most impressive about Vanishing is Nelson's open invitation to the listener to look their own feelings directly in the eye. We are a guest in Nelson's world, but instead of Google Maps, we have only the star charts of our own wits to guide us. Yes, the journey is deep and introspective, but nobody gets lost in the woods. To me, this is a more poignant and artistically generous statement than otherwise engaging with the audience in attempting to identify with the external associations found in song lyrics and similar narrative-driven art forms, which often leaves one satisfied but unfulfilled.

Since time immemorial, music and the arts have always found a way. By encouraging the listener - and, especially the artist-listener - to confront their own complex and ambiguous reality, The Act of Vanishing illuminates the road ahead by showing us it was always there within ourselves.

The Act of Vanishing is available at Bandcamp and Apple Music.